It's a mania. There's no other word for it, at least in the options market.

Speculative trading picked up last June, lasted through July, then exploded in August, preceding a 13%+ correction in many of the most active names in September. This go-round, it picked up in November, eased a bit in December, now has exploded again as we enter February.

It's occurred to such a degree it defies explanation, with record speculative activity among the smallest of traders. The 4-week sum has gone parabolic again. 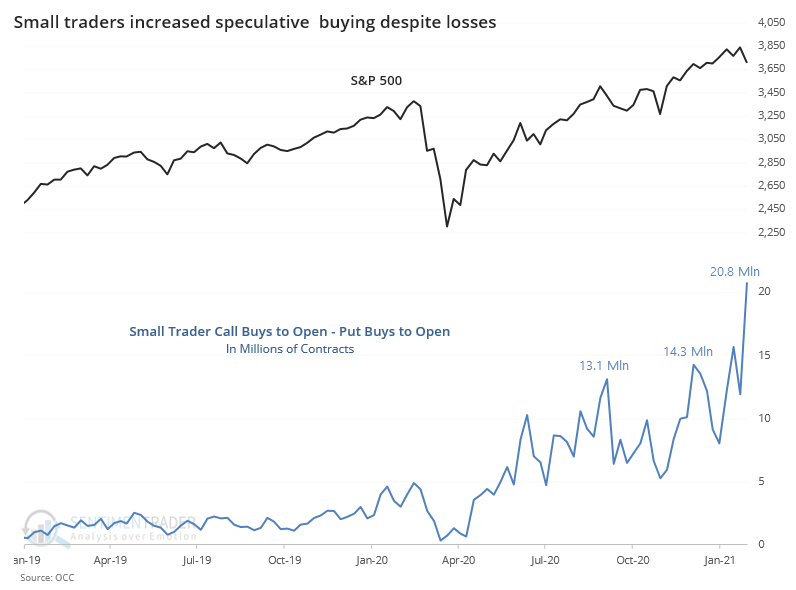 The premiums they spent on those calls were also extreme, with a net $10.5 billion difference between money spent on buying calls to open versus puts.

Bets against companies are nearing a record low. While short interest is an unreliable gauge of sentiment, at extremes it can be useful. And right now, the median stock in the S&P 500 has a very low proportion of borrowed shares. Source: Goldman Sachs 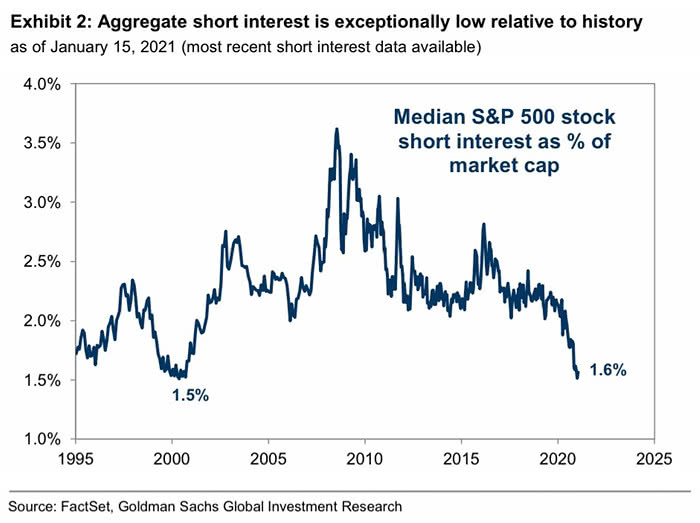 As shorts cover, the stocks are soaring. Various baskets of the most-shorted stocks have skyrocketed versus the broader market. Source: Financial Times 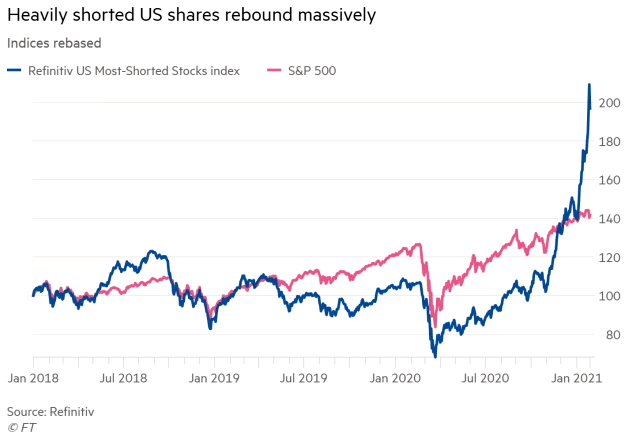 This has led to unprecedented volatility. These are the kinds of times when funds go out of business, and overall market risk tends to rise because they need to sell other shares to lower their overall leverage and exposure. Source: Goldman Sachs 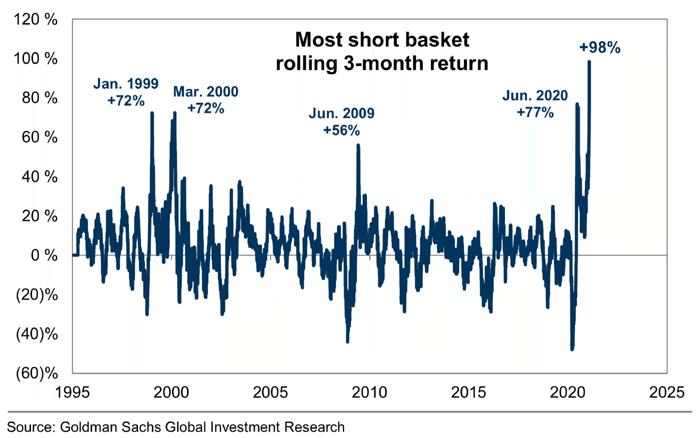 The post titled A clear sign of an options mania was originally published as on SentimenTrader.com on 2021-02-02.