There's no doubt that Friday's reversal looks impressive. On a chart, there is no more classic sign of selling exhaustion than a big intraday about-face after days of pressure. 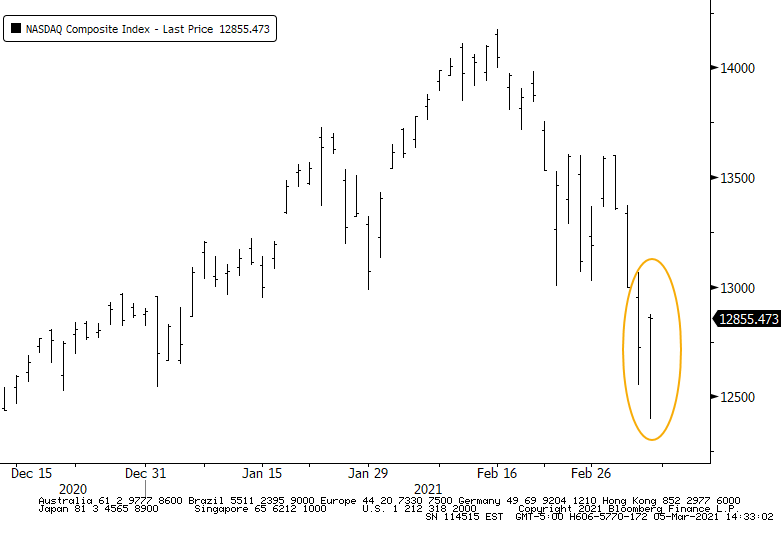 The problem is that charts are ripe for cherry-picking and self-delusion. Let's go back as far as we have intraday day for, 1989, and look for every time the Nasdaq Composite suffered at least 4 days of intraday declines of more than 1%, fell to at least a 50-day low, and on the last day reversed the selling pressure to close in positive territory.

This kind of reversal has not been a consistent predictor of a sustained end to selling pressure. Over the next month, the Nasdaq showed a positive return only 41% of the time. In the last decade, it has been more consistent, so bulls have to hope we're in the same kind of environment.

Options traders pull back...a little. Last week, options traders in the U.S. executed 45% more bullish options strategies than bearish ones. That's down from the peak levels a few weeks ago, but remains above other extremes from 2000. Source: OCC 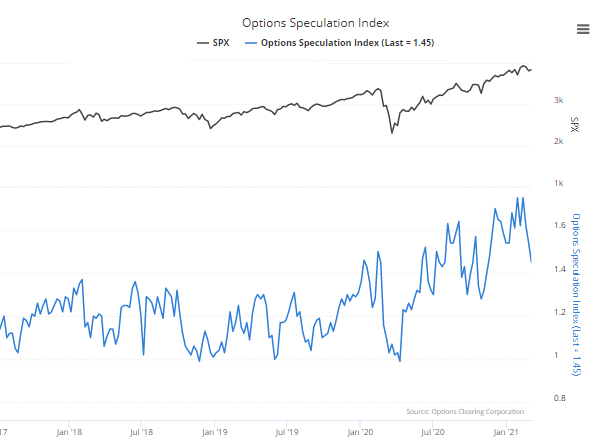 A few more puts. Among all member stocks of the S&P 500 index, traders have still focused more on calls than puts, though the 20-day average of the Aggregated Put/Call Ratio is now rising. A rising ratio tends to happen during declining markets, until it reaches an extreme. Source: SentimenTrader 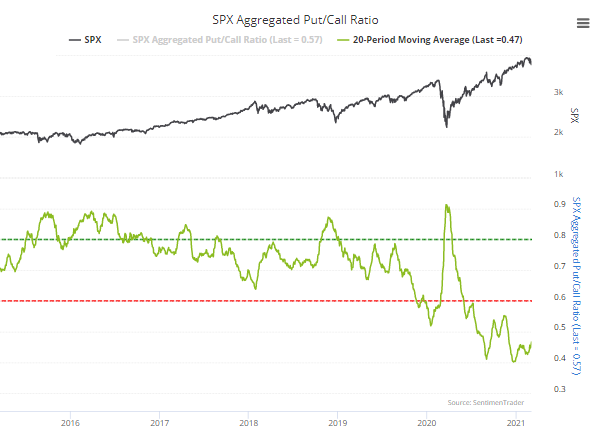 At least a little fear. The volatility to end last week triggered a spike in volume among inverse ETFs, those funds that profit when stocks decline. Recent days have seen this volume account for a large enough amount of overall volume that it equated with other very short-term panics in the past few years. Source: Fund companies, NYSE 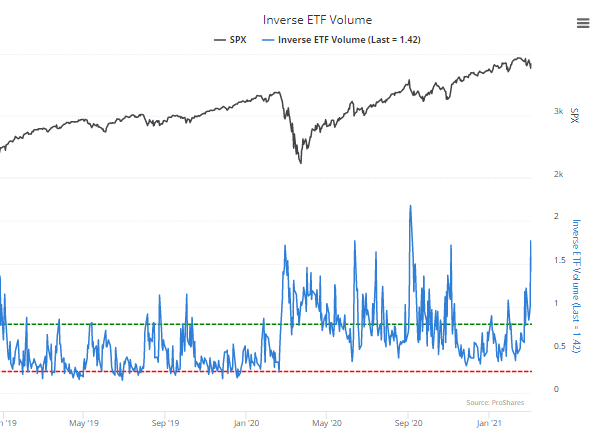 The post titled A chart looks nice, but... was originally published as on SentimenTrader.com on 2021-03-08.