A buying binge of historic proportions

Barring a collapse into the close, we were on track for back-to-back 90% up volume days on the NYSE on Monday and Tuesday. With stocks backing off in the final half-hour due to political posturing, up volume made up "only" a little more than 80% of total volume.

Even so, when there are back-to-back days with heavily lopsided volume flowing into advancing stocks, it has indicated a long-term shift in sentiment when stocks had been far off their highs at the time.

So far, buyers are doing what they need to in order to preserve the idea that we've seen an important inflection point.

Global markets crashed over the past few weeks and are now starting to turn upwards. This sort of price action usually witnesses a surge in the number of stocks MACD buy signal.

MACD is a very popular indicator which has a spotty track record - sometimes it works and sometimes it doesn't. We did an in-depth video about it, which you can see here.

Within the Euro Stoxx 50, an extremely large % of stocks have now triggered a MACD buy signal: 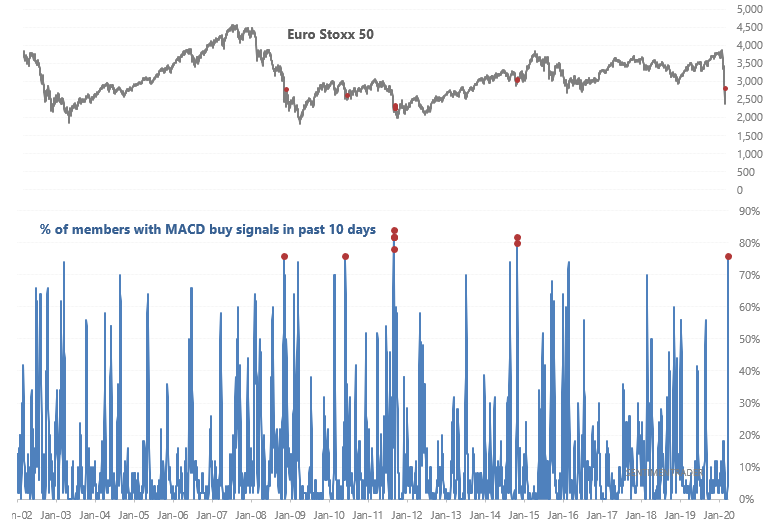 The post titled A buying binge of historic proportions was originally published as on SentimenTrader.com on 2020-03-26.