A Breadth Thrust That Acts More Like a Blow-Off

Stocks traded on the NYSE decided to make a fool out of those worried about weak breadth. Last week, the Nasdaq joined the party.

After weeks of disturbingly poor internal participation, and a flurry of technical warning signs, stocks on the Nasdaq thrust higher last week. Over the past 10 days, an average of more than 60% of securities on the Nasdaq advanced. 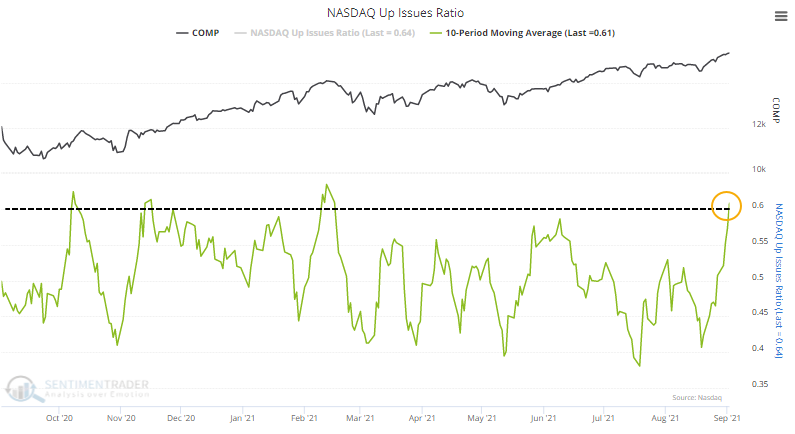 Even more impressively, more than 65% of volume flowed into advancing issues on average each day. Granted, volume at the end of August tends to be low, but it was still focused on the winners.

As we so often see after thrusts like this, the most notable aspect was the ridiculously skewed risk/reward ratio during the past 50 years. Over the next three months, only one signal showed a loss at its worst point of more than -4.1%.

Oddly, the thrust triggered when the Composite was trading at a new high. Most of them came after protracted declines. Out of all the signals, only three others triggered with the Composite at (or even near) a multi-year high...and each of them was also a blow-off peak. 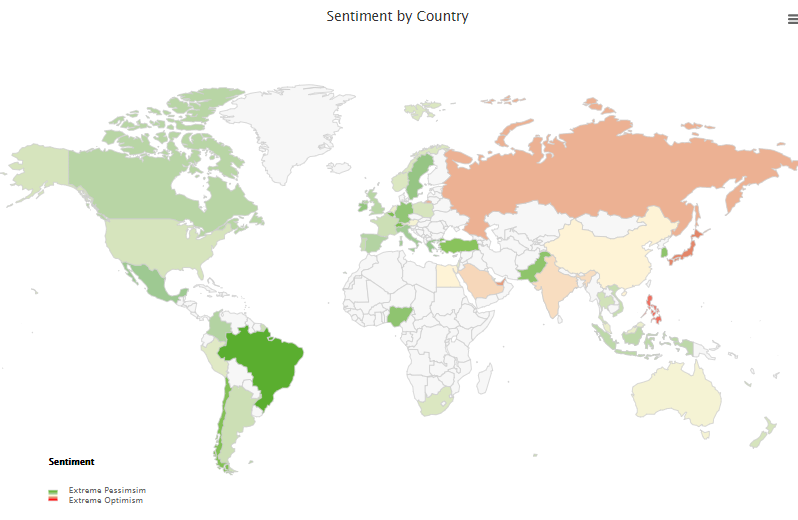 Can tech buck the trend? The QQQ Nasdaq 100 fund has peaked around this time in a typical year since its inception. 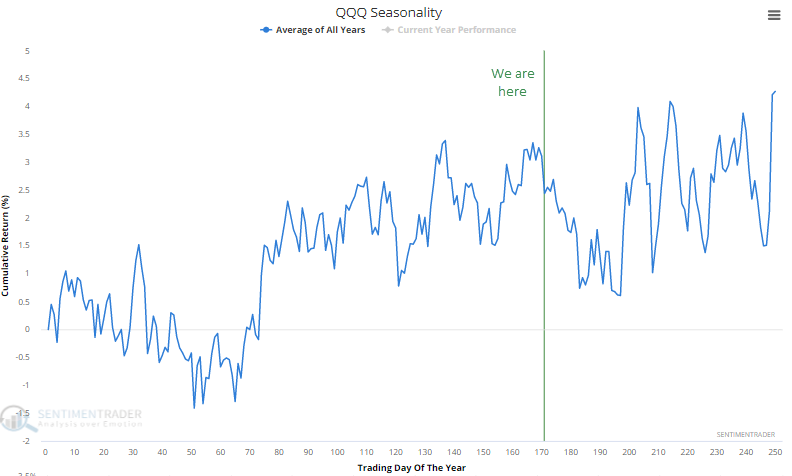 Risk easing. The Risk-On/Risk-Off Indicator recently showed more than 95% of indicators in "risk-on" mode, among the highest percentages this year, but investors' behavior is now starting to ease back from that extreme. 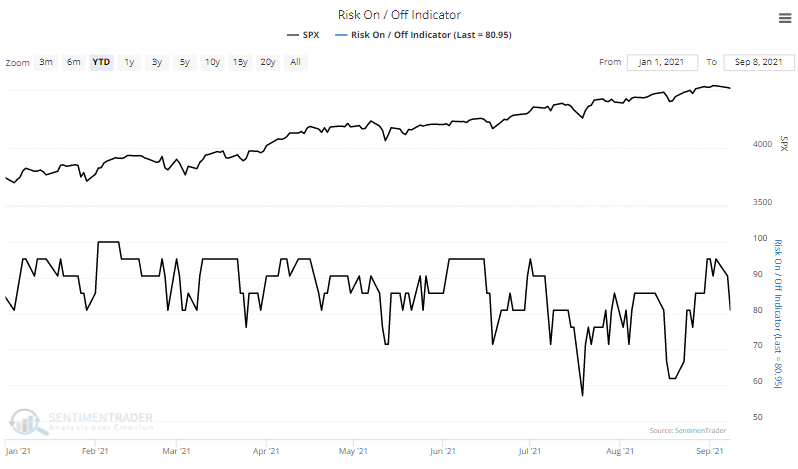 The post titled A Breadth Thrust That Acts More Like a Blow-Off was originally published as on SentimenTrader.com on 2021-09-09.