We saw on Thursday that a big miss in the ADP report possibly meant a big miss in the Nonfarm Payroll report today, and if it dove to a 5-year low, would be a bad sign for stocks. The report missed, but wasn't bad enough to trigger the 5-year low. So at least there's that.

But the report did miss expectations by 100k, one of the larger oops in the past 20 years. It hasn't had a consistently negative bias for stocks, though. 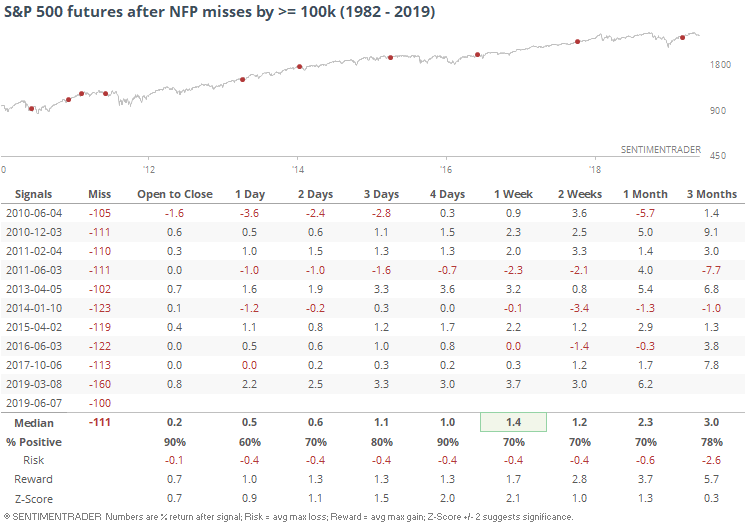 There was a further surge in stocks within the S&P 500 that hit 52-week highs on Thursday. More than 15% of stocks did so, the first time in a year and a half. 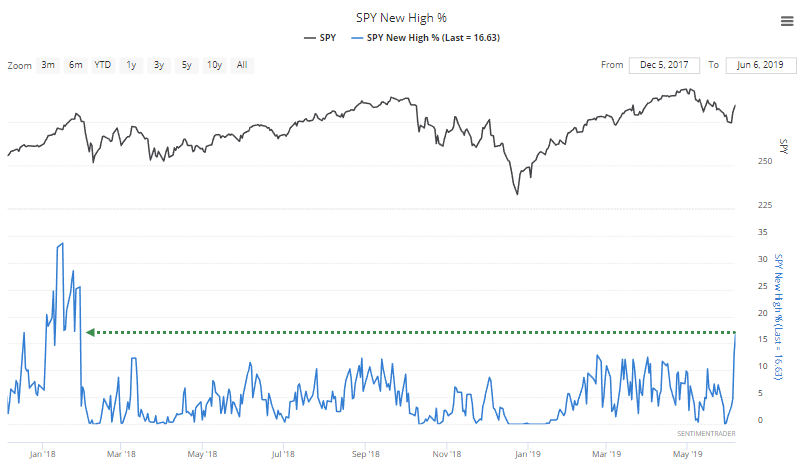 There have only been 5 other times since 1990 when it took a year or more to achieve this many new highs within the index. If we look at the risk/reward table, only that failure in 2002 shows any appreciable risk (maximum loss) at any point even up to a year later.

Sentiment on some of the energy contracts is nearing or at pessimistic levels. These markets tend to get "stuck" for weeks or months at a time, so it's less reliable than other markets.

For heating oil, optimism is at such a low point that it coincided with rallies in recent years. 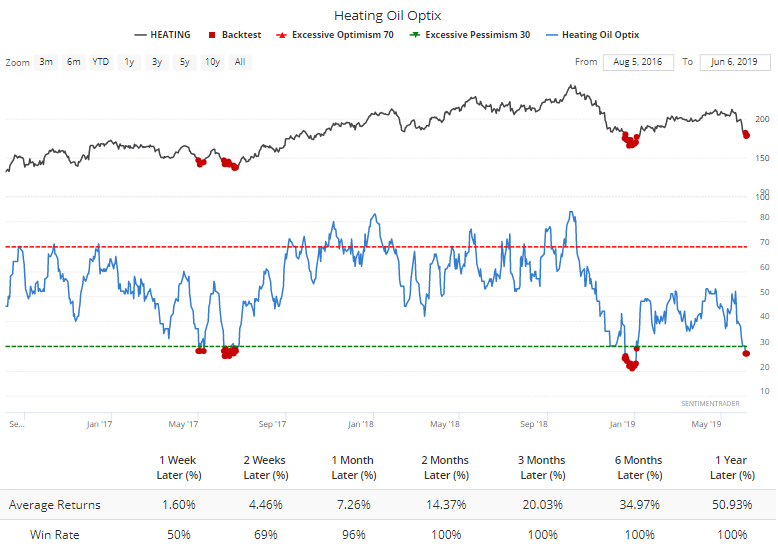 But long-term it's been quite a bit less reliable.

The post titled A Big Jobs Miss As Highs Surge was originally published as on SentimenTrader.com on 2019-06-10.