The price pattern in the S&P does not look promising, according to textbook technical analysis. Friday arguably was a bearish engulfing pattern that suggests weak buying interest and eager sellers. 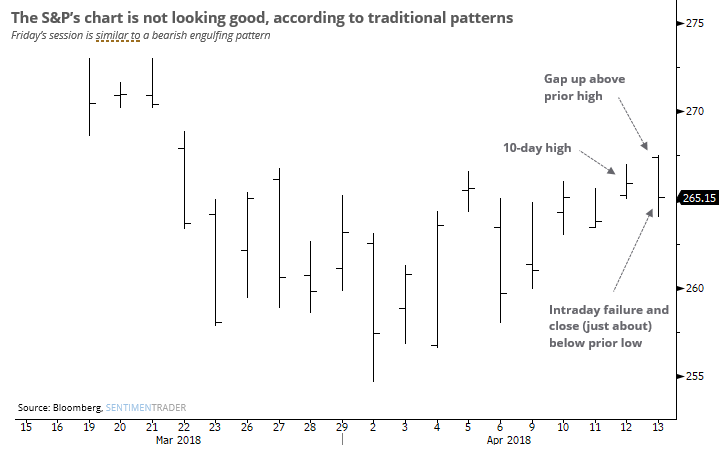 It has not been a successful reason to sell, with stocks rising over the next two weeks essentially every time.).

Investors have fled mutual and exchange-traded funds that bet on, or hedge against, a rising dollar. Assets in the funds are trading at or near a 7-year low. Traders have also fled currency-hedged ETFs that bet on the performance of other countries while hedging against a rise in the buck.

Among the most positive knee-jerk reactions to earnings was JP Morgan, which gapped up above its prior high and looked ready to challenge its 52-week high.

The latest Commitments of Traders report was released, covering positions through Tuesday.

The post titled A "Bearish" Pattern As Traders Flee Dollar Funds was originally published as on SentimenTrader.com on 2018-04-16.