A Bad Case Of The Splits

A bad case of the splits

The Nasdaq exchange continues to see an abnormally large number of stocks hitting 52-week highs and 52-week lows. More than 3% of securities on the exchange have hit either extreme for a week straight.

A couple of times, the Nasdaq continued to power higher after similar setups, recovering from the split with no damage. Those were the outliers, though, and even if the Nasdaq ultimately resumed its uptrend, in tended to see some volatility over the short- to medium-term.

This split in the market is one of the conditions that has helped trigger a Hindenburg Omen for 4 straight sessions, something that has led to trouble over the past 20 years.

As Andrew Thrasher pointed out, the 25 day correlation between VVIX and VIX has fallen into negative territory. This is somewhat concerning since: 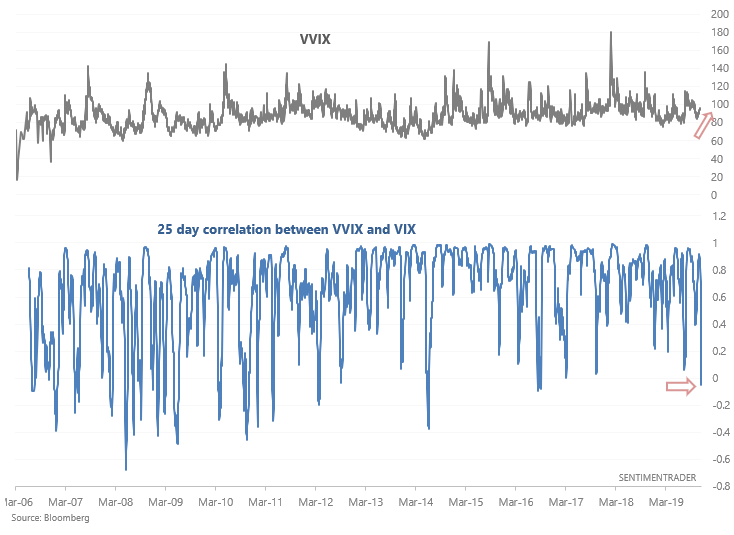 The following table illustrates what happened next to the S&P 500 when the 25 day correlation fell below -0.05. 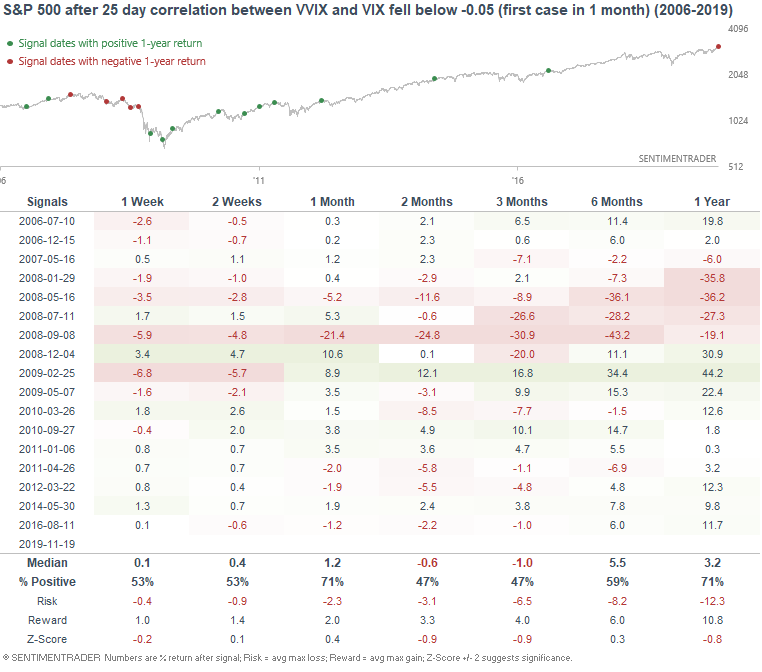 As you can see, the S&P 500 often struggled over the next 3-6 months, with the most notable exceptions being during the initial recovery from the financial crisis.

The post titled A Bad Case Of The Splits was originally published as on SentimenTrader.com on 2019-11-20.