A 40-Year Record Super Trend for the Most Important Index

This has been a year for the record books, as we've seen from several different perspectives lately. We can add to that the length of super-strong trends in both the S&P 500 and Dow Industrials.

The S&P has been more than 8% above its 200-day moving average since last fall. 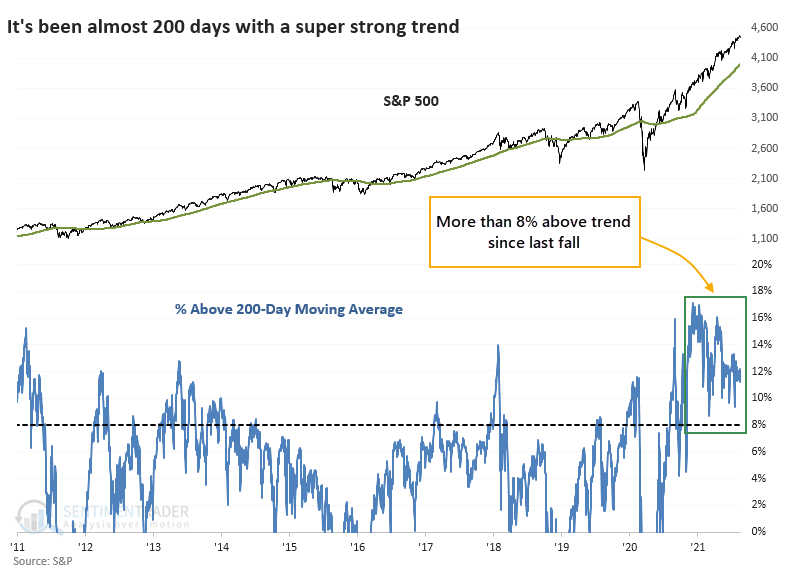 At nearly 200 consecutive trading days this far above trend, the current streak ranks among the best in the S&P's history and the longest in 40 years. 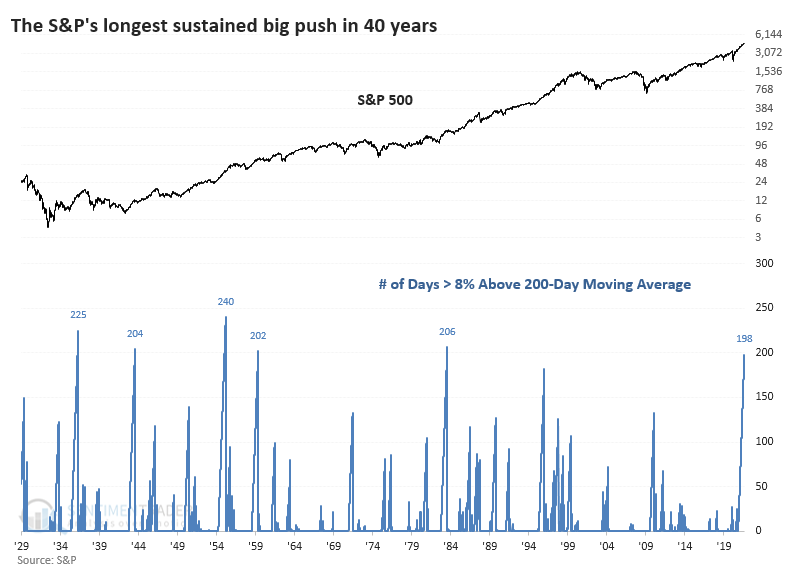 The Dow hasn't been quite as strong, holding "only" 6% above its long-term moving average. Even the momentum market of 2017 couldn't match this. This ranks among the longest super-strong trends in 120 years.

Rising rates. Among emerging market countries, Dean shows that 39% of them now have central banks that have increased their target interest rate. 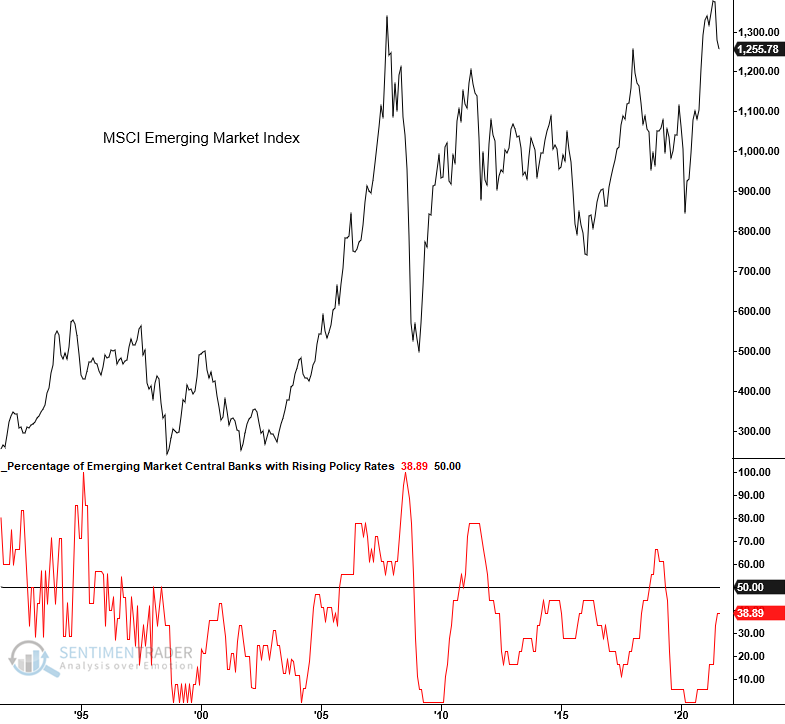 Sugar high. Our Optimism Index on sugar is among the highest of any commodity. Over the past year, readings of 80% or higher have not been kind to the contract. 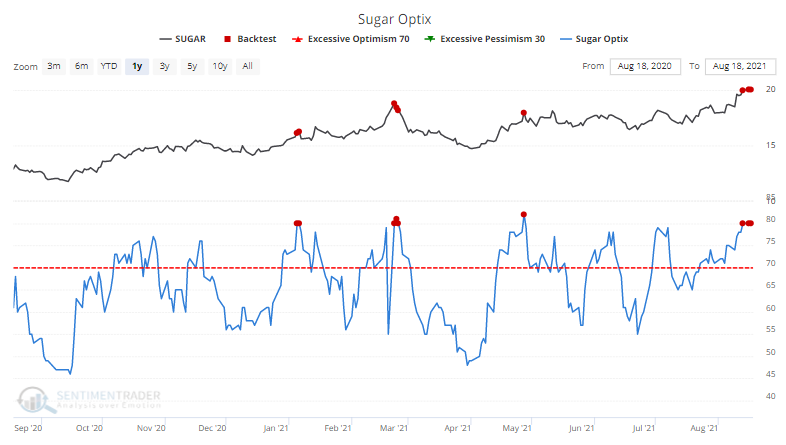 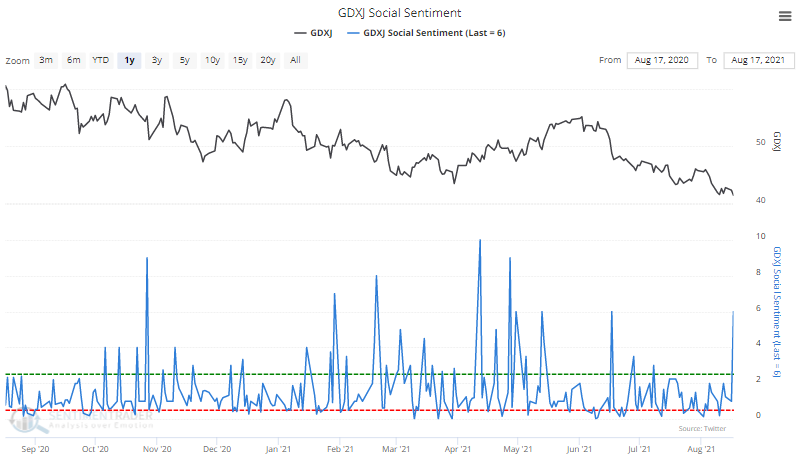 The post titled A 40-Year Record Super Trend for the Most Important Index was originally published as on SentimenTrader.com on 2021-08-19.