With renewed interest in meme stocks and leveraged bets, the smallest of options traders are coming back.

As noted in February, small traders had spent $44 billion on call premiums over the prior four weeks. Thanks to lower implied volatility and declining demand, premiums are down by more than half as of last week. Granted, that's still way above any prior extreme in the 20 years leading up to 2020, but at least it's the lowest since mid-November of last year. 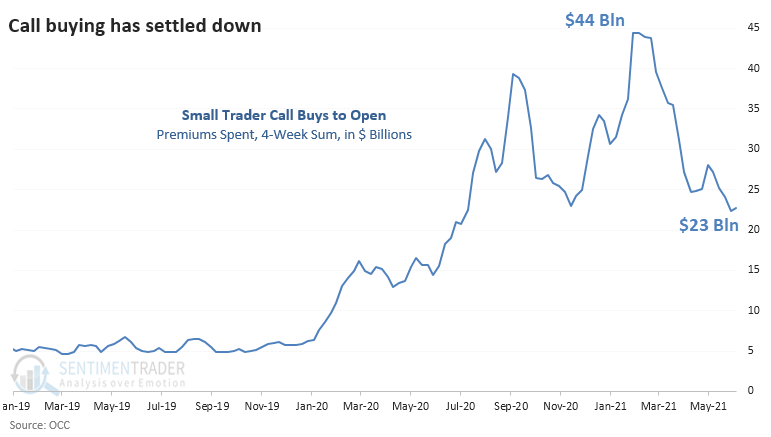 Much of that drop in enthusiasm can be blamed on Apple and Tesla and a few other former highflyers, along with a general malaise in stocks.

Here we go again. Crypto market sentiment is dropping as bitcoin has fell below $32,000, half of its April peak. According to our Backtest Engine, Crypto Fear & Greed has been 10 or below 16 times, leading to a bitcoin rebound over the next month after 15 of them. 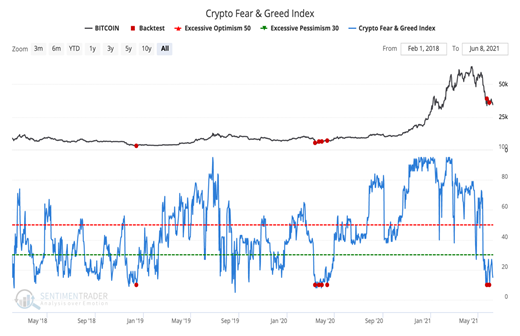 Don't spOIL yourself. Positive market sentiment is lifting our crude oil Optimism Index to one of its highest points in the last 5 years. In the past 10 years, a reading above 70 led to further gains for oil after only 6 out of 27 days over the next two months. 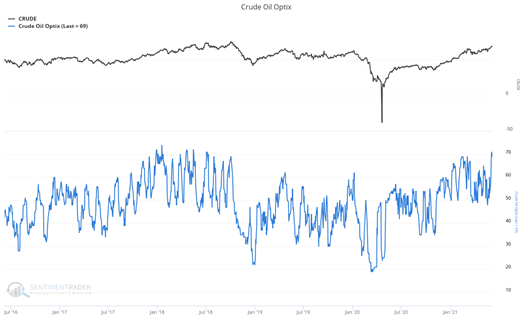 Staying home. Foreign investment in U.S. equities was cut in half in Q1 as overseas investors saw better bargains in their home markets than they did in the U.S. This is a retreat from record levels at the end of 2020. 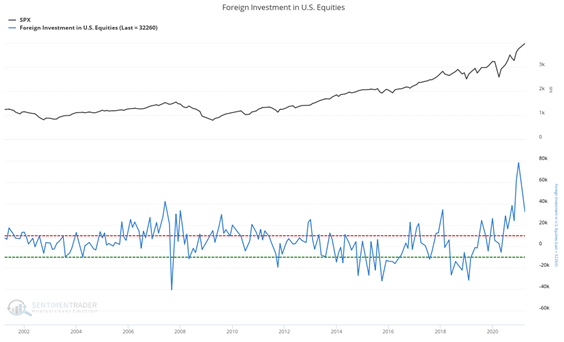 The post titled 23 Billion Reasons Why Traders Want Stocks to Rally was originally published as on SentimenTrader.com on 2021-06-09.