According to Morgan Stanley (via the WSJ), stocks are about to enter a seasonally rough stretch. Indeed we are, based on seasonal calendar returns for the S&P 500 over the past 30 years. 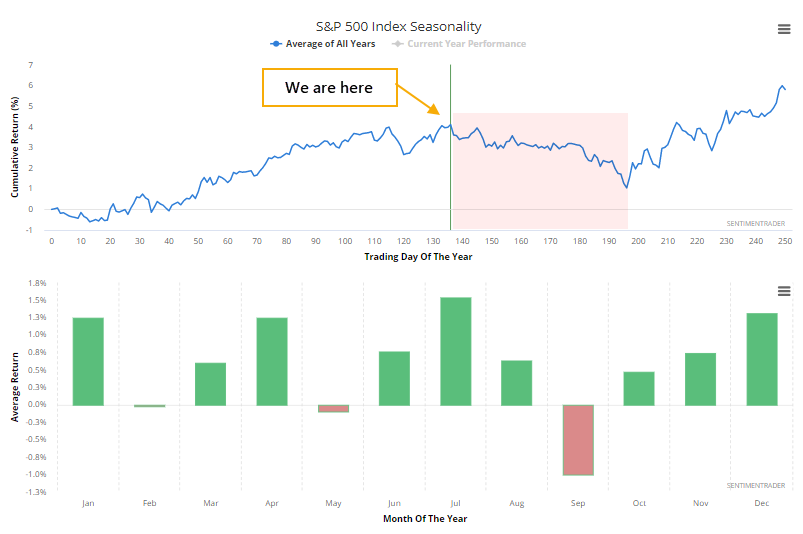 It's even worse for indexes like the Nasdaq 100, whose component stocks have helped to drive this rally. The NDX's seasonal peak is right now. When focusing on just the main drivers, which are primarily the FANG stocks, we can see from the abbreviated history of the NYSE FANG+ index that even during the powerful trend over the past five or so years, those stocks have tended to take a breather right about now.

It's the same pattern if we look at ETFs for other indexes like DIA and IWM. Because riskier assets like stocks have stumbled right about now, funds like VXX have rallied, even though its long-term trend is almost relentlessly negative.

Seasonality in stocks is a tertiary consideration at best, so we wouldn't weight this heavily. Still, it's a minor headwind as we head into the late summer.

The post titled Stocks suffer seasonal headwind starting...now was originally published as on SentimenTrader.com on 2020-07-21.