Companies haven't been this conservative in 20 years

The rally in stocks during the spring combined with a thirst for liquidity drove many companies to issue new shares to the public, where they had a ready audience. At the same time, they pulled back on some unnecessary expenses, like buying back their own shares.

As Marketwatch notes, this has created a situation where the market is forced to choke down a lot of supply. New shares are being created through IPOs and secondary or add-on offerings, and fewer shares are being retired through buybacks.

From May through July, there was $140 billion in IPOs and other offerings. As a percentage of the U.S. stock market, it was the most in 8 years. At the same time, buybacks have dried up as companies try to conserve cash without firing employees, cutting their dividends, or hamstringing their research and development budgets. 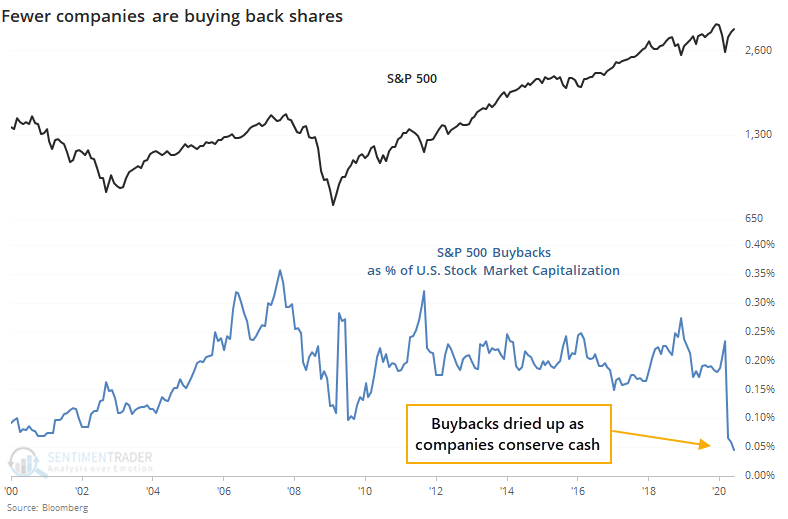 But theory doesn't often play out in auction markets, and this is no different. Companies often increase their buybacks at precisely the wrong times, after shares have already rallied, and they pull back during times of crisis when their shares are cheap.

The post titled Companies haven't been this conservative in 20 years was originally published as on SentimenTrader.com on 2020-08-05.