Following the Federal Open Market Committee's explanation of their thinking on the economy and interest rates, the U.S. dollar exploded to the upside. It followed through for a few days before pulling back this week.

Speculators have been short the dollar, suggesting that the pain trade is to the upside. A "pain trade" is a move that will seemingly hurt the most participants, usually when they've positioned too far in one direction or the other. This doesn't always work very well in the dollar or other trending currencies, but it seemed to have an impact over the past week.

Estimated Hedge Fund Exposure to the dollar is deeply negative. When it has been below 25%, the dollar's annualized return was +2.6%. 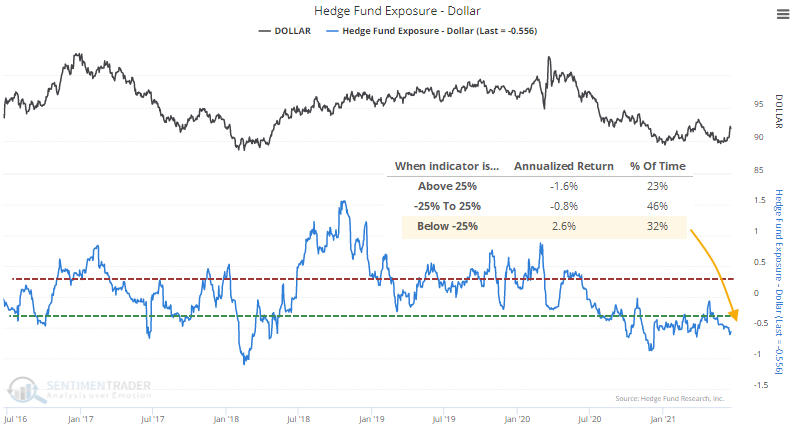 Let's assume that this pain trade will result in a similar setup to others over the past 15 years. We went back and looked at each time when FX Pain dropped deep into negative territory and the subsequent rallies in the dollar.

On average, the dollar rallied for 154 trading days, with a median gain of just over 10%.

Dollar draught, mate. Aussie dollar seasonality is at a mid-way peak of the summer months before what has often been another rally into July, its ultimate peak for the summer. We don't take this too literally - it's only a guide to general tendencies over time. 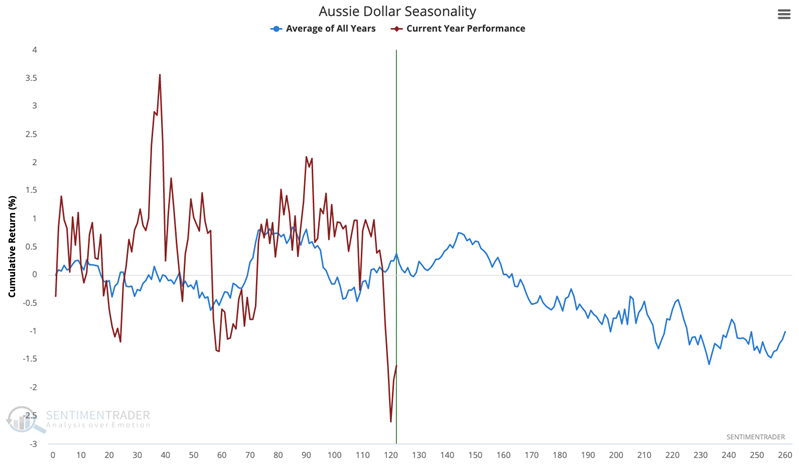 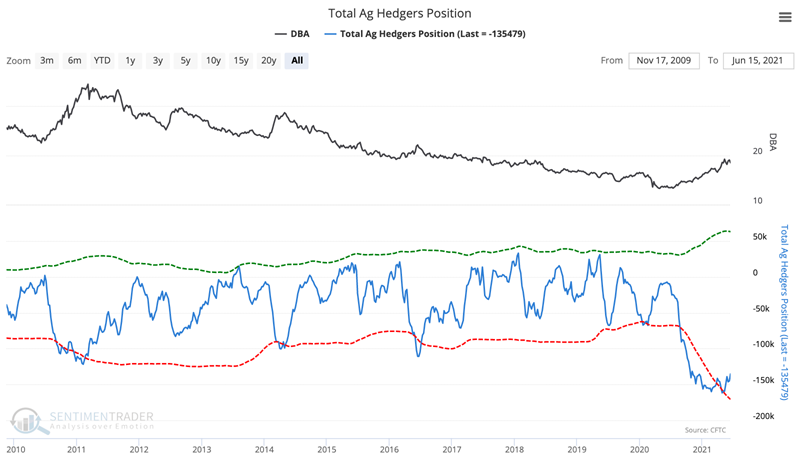 Financial flop. Corporate insider buys in the financial sector (XLF) are at an all-time low. 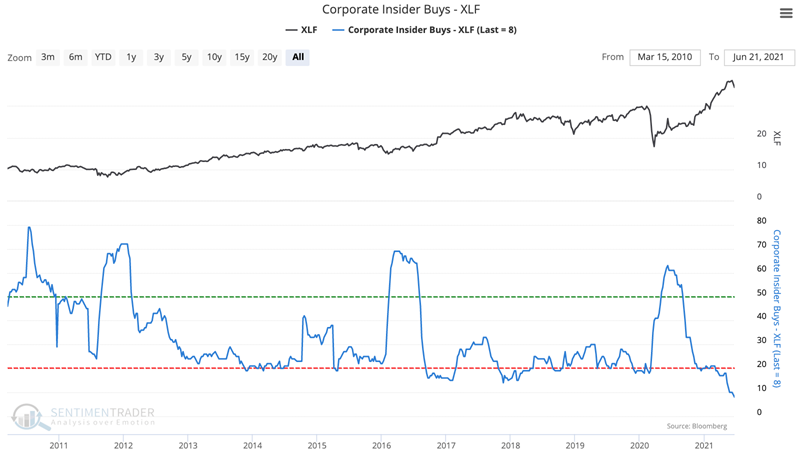 The post titled Warning: The Dollar's 'Pain 'Trade' is Higher was originally published as on SentimenTrader.com on 2021-06-24.