Through the first 4 months of the year, stocks have barely suffered any downside volatility. This seems like 2013 or 2017, two other recent years that were marvelous for trend followers and miserable for pretty much every other strategy. 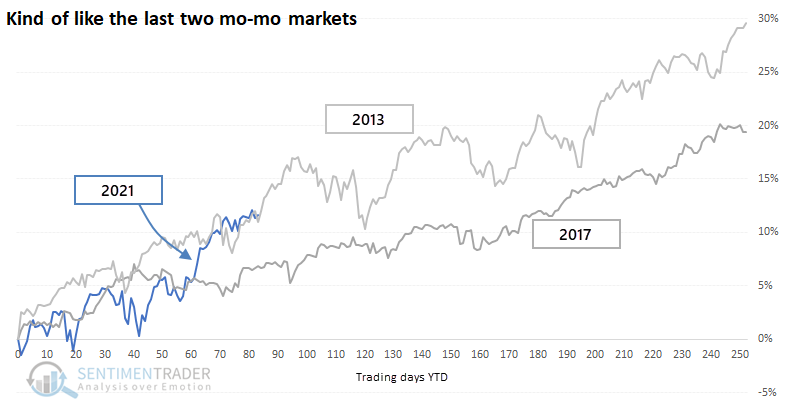 Buying momentum to start the year has rolled over just about every mean-reversion strategy in 2021, and it's tempting to pick a year that seems similar based on eyeballing a chart. We prefer to take a more objective approach using as much data as possible.

Using that discipline, we can go back nearly 100 years and look for every 4-month (84 trading-day) start to the year. We'll then filter the years, looking only at those that showed the highest correlation. There were 19 years with a correlation of more than +0.75 (on a scale of -1.0 to +1.0).

The 4 most recent years that made the cut are shown below. 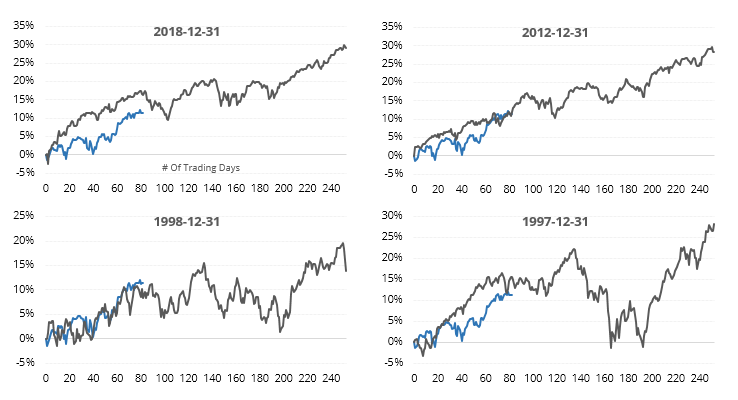 Once the years got to about this point, they tended to plateau into the summer months before picking up again in the fall. The overall trend was still up and to the right.

Most of them tended to see some exhaustion about now, or if they did see a further push, gave it back in the month(s) ahead. There were only 2 real exceptions in the past 50 years.