This has happened only twice before among markets worldwide

Over the past few weeks, we've looked multiple times at the thrusts and recoveries not only in stocks and major indexes in the U.S., but also worldwide. It keeps going.

We've added a multitude of indicators in recent weeks to help monitor the health of industries, sectors, and worldwide markets, and they're starting to show meaningful changes in tone.

In March, every major world index we follow was in a bear market, and now fewer than 15% of them are. In recent decades, that only happened in 1988 and 2009. 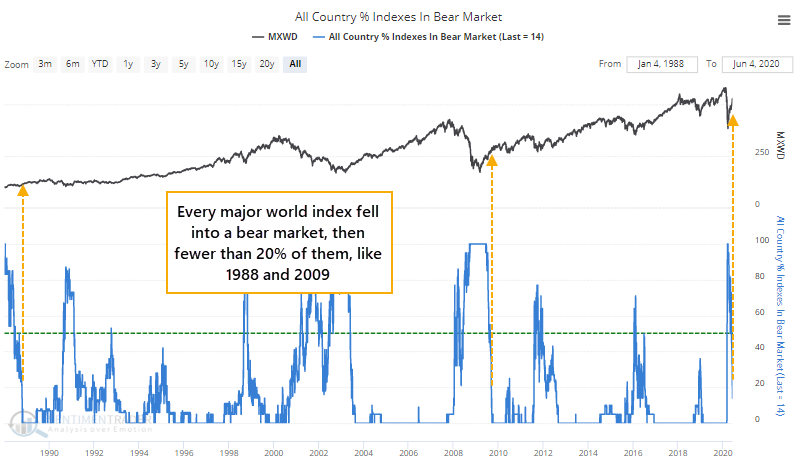 Overall, similar but less extreme recoveries preceded some choppy conditions for the MSCI World Index over the next couple of months, but they resolved higher over the next 6-12 months. All of them could be considered major recoveries.

The post titled This has happened only twice before among markets worldwide was originally published as on SentimenTrader.com on 2020-06-08.