Investors' cash cushion is near the lowest in 30 years

In September, individual investors reduced their cash position to one of the lowest levels in 30 years. They’re not alone. Other groups of investors are also carrying a very low amount of cash relative to other assets. 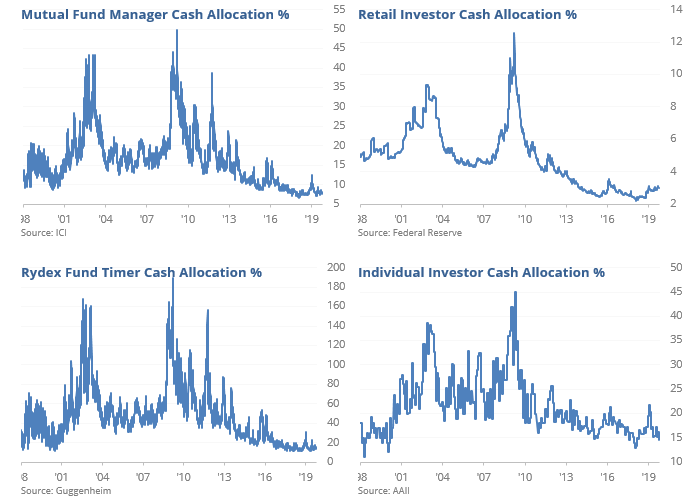 When we aggregate the cash position of these various investor groups, we can see that the average is at one of the lowest points in 30 years.

While it wasn’t a perfect timing device, a very low average cash balance did serve as a good warning about the danger of holding stocks before several protracted declines. It makes sense – if investors aren’t holding much cash, then if stocks retreat, they may have to sell some of their stocks to generate liquidity, snowballing the decline.

The trouble with using this as anything more than a general environmental kind of worry is that cash balances have been low for most of the past several years, with no real negative lasting impact on stock prices (yet, anyway).

The general thinking is that when soft data significantly underperforms hard data, people are too pessimistic towards the economy. What does the data suggest? The following table looks at every case in which the Soft - Hard data spread fell below -0.95: 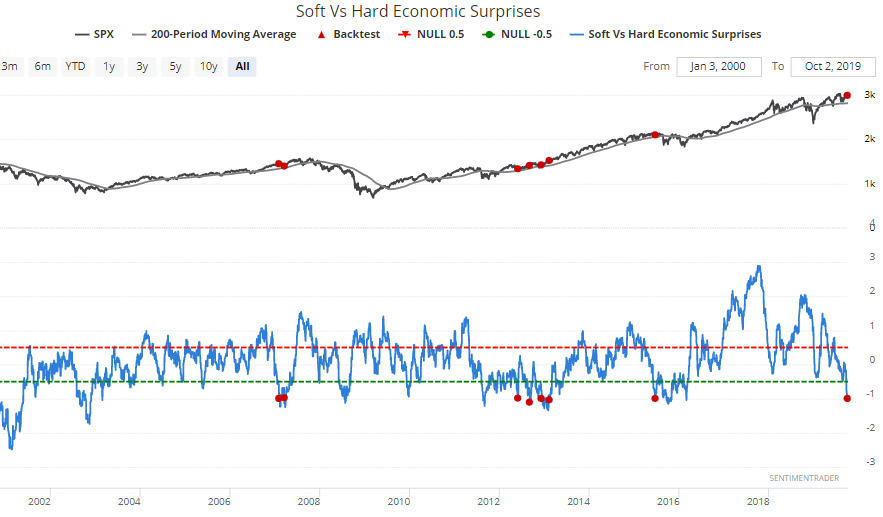 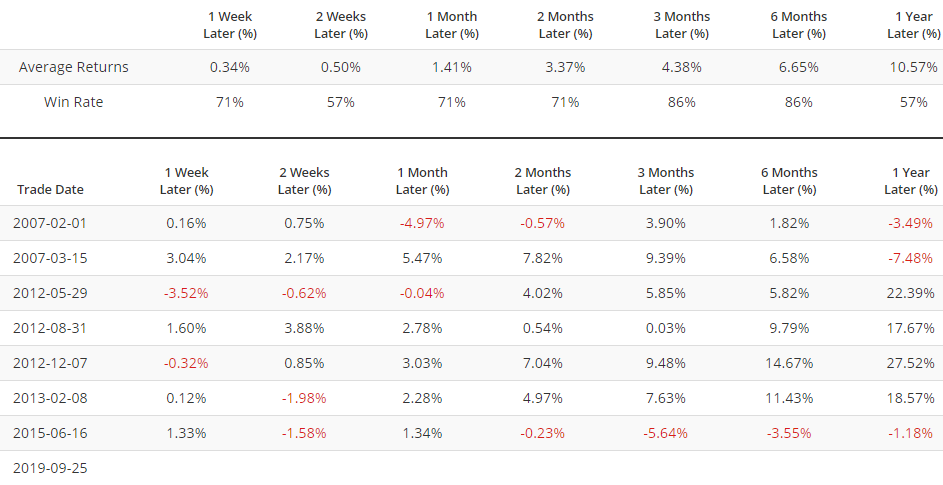 When it happens to this degree during long-term uptrends, stocks have a strong tendency to gain over the next 3-6 months.

The post titled Investors' cash cushion is near the lowest in 30 years was originally published as on SentimenTrader.com on 2019-10-03.