An extreme record in mild valuations

Sentiment and valuation go hand-in-hand. One impacts the other and creates a self-reinforcing loop until something happens to break the cycle.

With some measures showing extreme or even record levels of optimism, it's not a big surprise that most measures of valuation are showing the same. About the only ones that don't are using the prevailing level of interest rates as a buffer.

There can be little doubt that regardless of rates or future prospects, investors are willing to pay a high amount for current earnings. Over the past 40 years, there have never been more mild, moderate, or severely overvalued companies within the S&P 500. 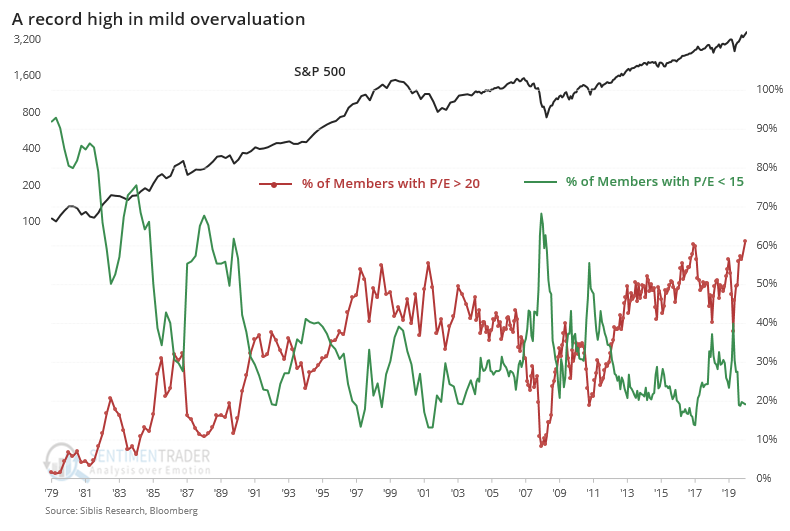 The percentage of mildly overvalued companies just hit a record high. It's even starker when we look at the next step, moderate overvaluations, with a P/E ratio above 25. And it gets starker still when looking at severely overvalued companies. It doesn't matter if we use other valuation measures, either.

1. According to strategists at Jefferies, investor risk appetite is in extreme territory after recovering from a bout of pessimism in the fall. [Marketwatch]

2. Newsletter writers continue to push the boundaries of bullishness, with nearly the widest spread between bulls and bears in 2 years. [I.I. via Willie Delwiche] 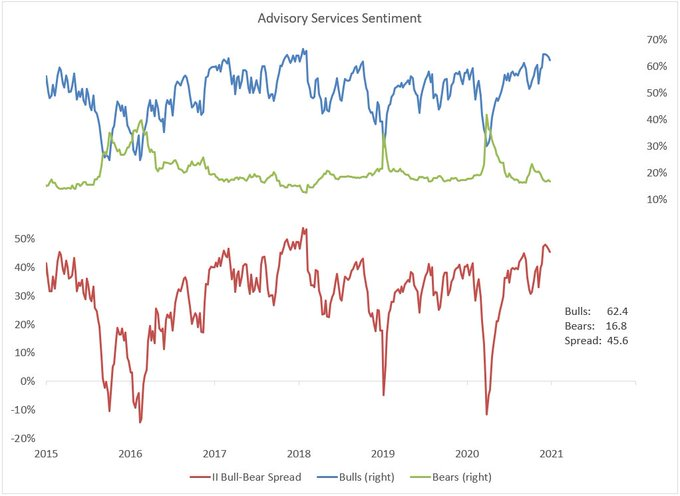 3. One place where there still doesn't seem to be a lot of love is emerging markets, where flows have only started to tick higher after a prolonged outflow. [Alpine Macro via Daily Shot] 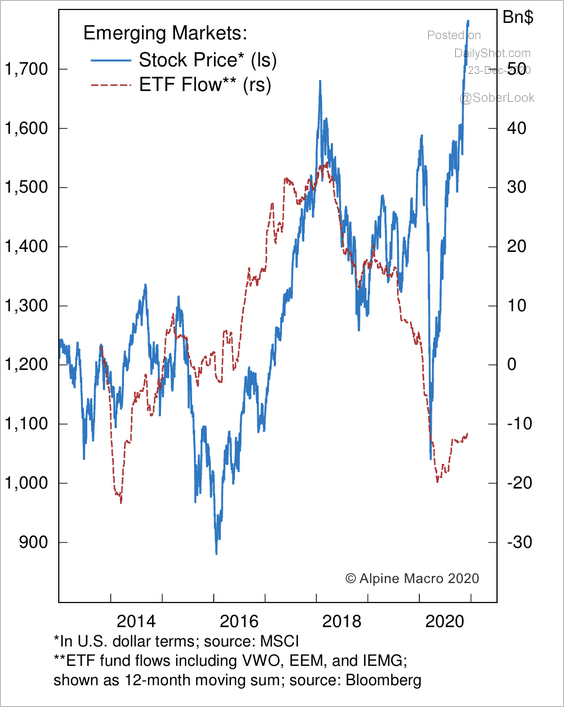 The post titled An extreme record in mild valuations was originally published as on SentimenTrader.com on 2020-12-23.