Among the smallest of traders, this is different than August

One of our primary points of focus since August has been the behavior of options traders. They broke all records dating back 20 years in terms of sheer speculative fervor.

They let up a bit during the September swoon and recent market recoveries have emboldened them again, but not quite to the same degree. They got slapped with some losses and that seems to be tempering their willingness to try again.

Even so, the smallest of options traders spent more of their volume on buying call options to open last week, once again among the highest levels since 2000. One modest difference is that they didn't completely abandon the protective allure of put options. They still spent more than 20% of their volume there, quite a bit above recent extremes. 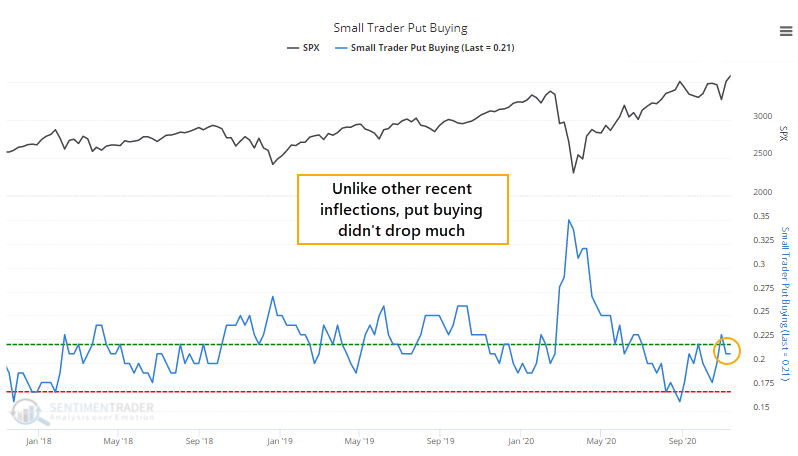 As a result, our ROBO Put/Call Ratio, which stands for Retail-Only-Buy-to-Open, dropped below its extreme threshold again. It's still above the extremes from recent months, but we can see from the chart that the S&P 500's annualized return when the Ratio is below its lower threshold is miserly.

Do you want to know how we test some of our strategies? Using free, readily available tools, you can. Don't be hemmed in by common misperceptions and outright disinformation about what works and what doesn't - test it yourself.

If you're new to coding, this initial video in a new series is a must-watch. We walk you step-by-step in creating a simple algorithmic trading strategy using the popular Relative Strength Index (RSI).

1. Fund managers as polled by BofA are increasingly optimistic. Be aware that this survey doesn't have the greatest record as a contrary indicator, however. [Bank of America] 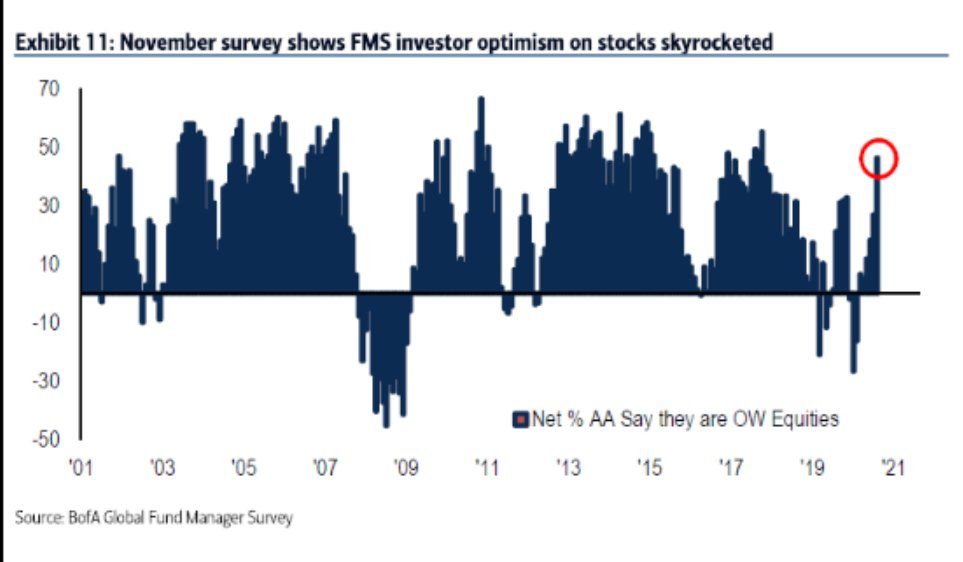 2. Other investors, too, are favoring "not safe" equities. The spread between domestic and global ETF equity flow and that for safer assets is now the widest since 2017. [Arbor Data Science] 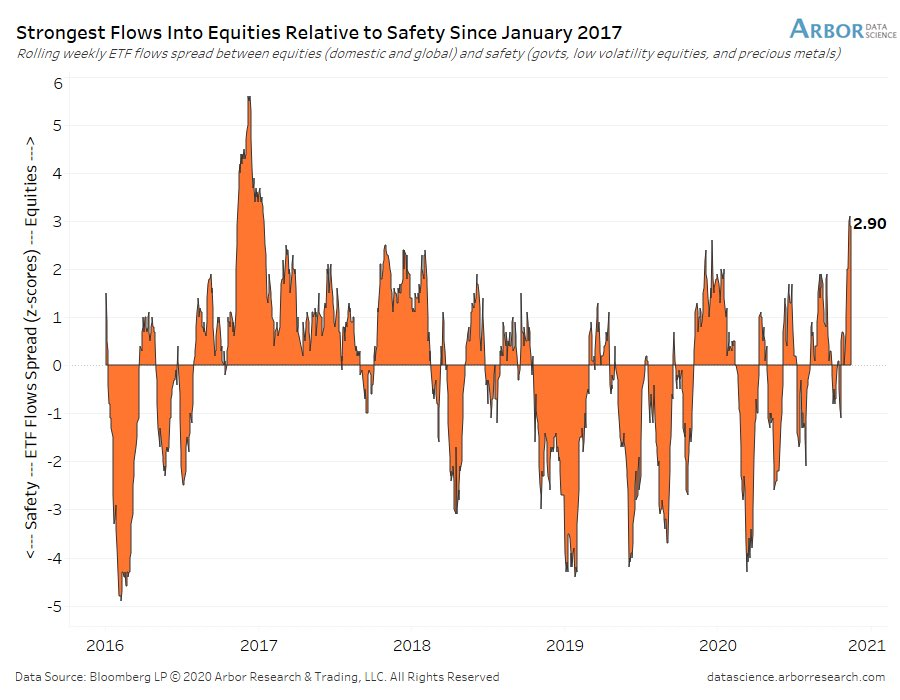 3. Back to those fund managers - by buying stocks, they pulled money from cash at one of the fastest rates in a decade. That was a really bad sign for stocks earlier in 2020, but in 2013, using this as a contrary indicator would have had one miss out on massive gains. [Bank of America] 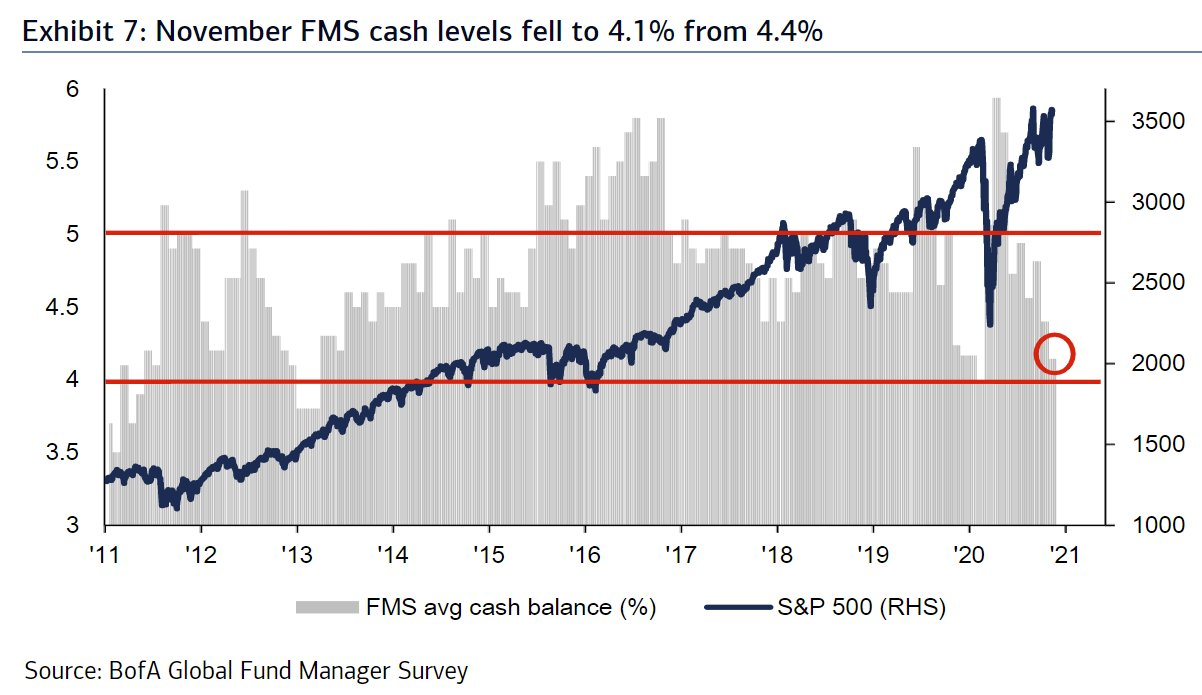 The post titled Among the smallest of traders, this is different than August was originally published as on SentimenTrader.com on 2020-11-17.