Sundial Capital Research is an independent investment research firm dedicated to the application of mass psychology to the financial markets. Sundial publishes the SentimenTrader.com website.

Our focus is not market timing per se, but rather risk management. That may be a distinction without a difference, but it's how we approach the markets. We study signs that suggest it is time to raise or lower market exposure as a function of risk relative to probable reward. It is all about risk-adjusted expectations given existing evidence.

The work of Sundial has been mentioned in publications such as The Wall Street Journal, Bloomberg, Barron's, CNN, The Economist, Reuters, CNBC, SFO Magazine, Active Trader, Futures, TheStreet.com, TradingMarkets, and many others. 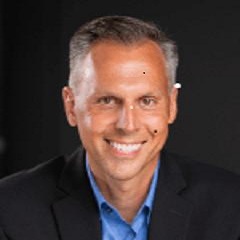 Being born and raised in rural Wisconsin, and currently residing near Minneapolis, I'm far from the bustle of Wall Street. That's good and bad, but mostly good - it lends perspective.

After attending the University of Minnesota with a concentration in Finance and Economics, I helped build the online brokerage operations of a major U.S. bank from 5 people into over 300 and a top-10 ranking. My learning curve started to plateau, so I left to help run the operations of a large hedge fund before founding Sundial Capital Research, Inc. in 2001. I've been trading stocks, options, futures, currencies and commodities for 20 years.

In those jobs, I became interested in sentiment as a driver of security prices while managing the brokerage's operations. We would get a surge in options applications after stocks rallied, or customers would get overly emotional when receiving a margin call. Many times, there wasn't a lot of logic to customers' trading decisions.

I developed several indicators based on our in-house customer activity, and it was immensely interesting how often extremes in our business coincided with turning points in the market. After I left the brokerage, I struggled to find a place where I could monitor similar indicators. To fill that need, I started a service that provided sentiment indicators and research in one spot, without having to search all over the web.

Currently, SentimenTrader.com has subscribers in all 50 states and more than 50 foreign countries. I also provide private consulting for hedge funds and managed accounts.

In the moments I'm not working, I spend as much time as possible with my children and extended family, enjoying the outdoors and participating in cycling and triathlon. 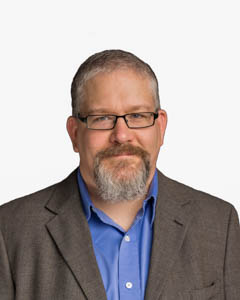 My background is in engineering, telecommunications, data science, information technology and managemenet consulting. I've been interested in the markets since I was in my teens and have been an active investor and trader for over 20 years. This market interest led me to focus on how to use data science to try to understand the stock market.

In 2014, I earned my doctorate with a focus on machine learning, knowledge management, data science and natural language processing with a dissertation titled "Analysis of Twitter Messages for Sentiment and Insight for use in Stock Market Decision Making". My research interests are currently in the areas of decision support, data science, big data, natural language processing, sentiment analysis and social media analysis.

Additionally, I've been involved in four startups including founding Trade The Sentiment, where I built a service to highlight the potential of using Twitter as a sentiment tool, before joining Sundial as CIO and partner.

When I'm not working, I enjoy exploring the mountains of the SOuthwest USA offroading and chasing light as a photographer. 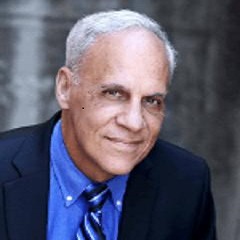 Jay Kaeppel has over 30 years of experience in options, equity, and futures trading, and as a research analyst, trader, and portfolio manager. Jay’s expertise will allow us to offer expanded content in the areas of seasonality, options trading, and trading systems.

In addition, one of Jay’s greatest strengths is in helping to teach individuals to “think like a trader.” While we do not and will not offer specific investment advice, one of Jay’s primary objectives will be to help members get the most out of our vast array of content by highlighting how investors and traders can effectively put the information on the website to work.

Currently, he writes the monthly Explore Your Options column for STOCKS & COMMODITIES, as has contributed over 30 articles to that magazine over the years. His cover interview in the June 2020 edition of that magazine can be read here.

Most recently, Jay served for six years as the Director of Research at Alpha Investment Management, Inc. Professionally, he began his career as a programmer at Essex Trading Co., co-developing trading software that was voted “Best Option Trading System” six consecutive years in STOCKS & COMMODITIES. There he later became Head Trader as a CTA, managing futures accounts for eight years. He later became a Trading Strategist and Course Instructor for Optionetics for nine years, writing a weekly column called “Kaeppel’s Corner.” 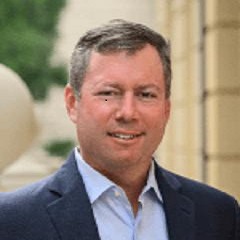 Dean Christians is a 25-year Wall Street trading and market research veteran, including 20+ years of experience working for a large-cap growth manager with peak assets of $35 billion.

In his most recent role, he served as the Manager of Trading at Montag & Caldwell, where he translated his advanced knowledge of electronic trading to define the best approach for client portfolios, provided input regarding specific stocks, and mitigated potential risks.

A self-confessed market junky, Dean has extensive experience as a coder, indicator, and system designer that has independently coded hundreds of custom models including the one-of-a-kind Tactical Composite Trend Model (TCTM), which will become a core part of our market environment outlook.